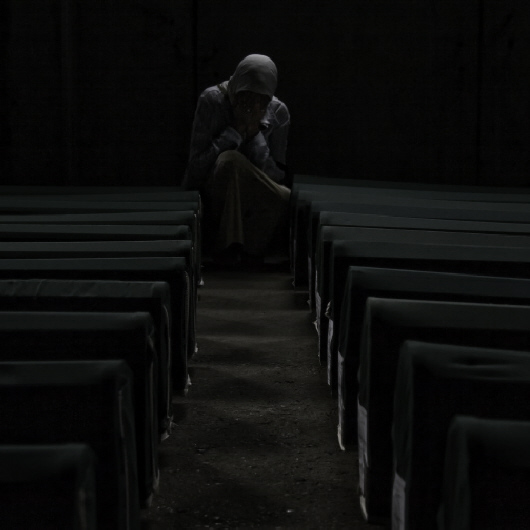 This production by OPERA2DAY of La Giuditta by Alessandro Scarlatti was the first staged performance of the opera in The Netherlands. In this version of the staging, La Giuditta becomes a modern day myth of war, seduction and revenge. A top class cast amongst which, countertenor Michael Chance.

Judith is captive in a town that is besieged by Holofernus. In the fighting, she lost her husband. When the male leaders of the town decide to capitulate, all of her grief, the frustration of her helplessness and her sense of honour come to the surface.  Encouraged by a wet nurse, a sister she meets, she moves into the camp of the decadent leader Holofernus. Judith seduces him. As he lies asleep on her breast, she seizes her chance and decapitates him. Judith has got her revenge, but does it also bring her comfort? A very real question in these times, when the cry for heads to roll comes all too fast.

La Giuditta is one of the lesser known scores of Alessandro Scarlatti (1660 – 1725). It is an oratorio in the form of a passionate Italian baroque opera of about 70 minutes. The apocryphal book of the Bible, Judith, forms the basis for the libretto. Scarlatti’s music is both moving and energetic, but is seldom heard in The Netherlands. As a composer, Scarlatti is the missing link between the 17th and 18th centuries, between Cavalli and Händel. This is the first time that this work will be staged in The Netherlands.

Concert  for the visually impaired

On 6 March 2011, prior to the staged performances, a concert version of La Giuditta will be given especially for the visually impaired. The programme booklets will be printed in braille and in large letter versions and we count on having some dogs as audience members.

La Giuditta on DVD and BravaNL

This production was recorded for release on DVD by Challenge Records and for broadcast on BravaNL. Both the DVD release and broadcast are expected in the spring of 2012.

Click here and read more about the background of La Giuditta in a pdf version of the programme booklet. (File size 9MB).

Judith is trapped in the city of Betulia. The town is groaning under the siege of the Syrians, led by Holofernus. Judith has recently lost her husband and is weighed down by grief. She meets a wet nurse (Nutrice) and expresses her frustration over the male leadership who are on the point of surrendering the city. Nutrice says that although it will possibly be to no avail, if the fight has any purpose, then Judith can also enter into it. Judith suggests that she actually goes to meet Holofernus. She will leave her mourning veil behind and use her feminine charms against the enemy. Nutrice warns her of the risks, but Judith is determined. Nutrice says she will follow her, blessed or cursed by heaven who she pleads for help

On arriving to Holofernus, Judith makes out that she is a fugitive. Holofernus however, is not so easy to fool and sees through her act. He asks her to return to Betulia. Judith replies that he must he then cut off her head since now both friend and foe despise her. Holofernus can scarcely withstand her presence. He asks her to go, but then succumbs to her game. Holofernus – and not Judith – withdraws.

The two women do some calculating. Judith speaks of courage and Nutrice fantasizes over what is to come. When Holofernus returns, the women are afraid and Judith begins her game of seduction. Holofernus praises her endeavours: after the defeat, Judith will be more worshipped than the current gods of Betulia. Judith asks for mercy for the city and speaks of her admiration for Holofernus. He says that he will not rebuke her and invites her to come and sit beside him. Judith says that she will be mere scum if she cannot sits next to a victor like him. It is now Holofernus’ turn to beg for mercy – from her seduction. Judith allows Holofernus to lay his head on her breast and asks Nutrice to tell them a story before they go to sleep. She retells the story of Samson and Delilah and sings a lullaby. When Holofernus falls asleep, Judith seizes her chance. She cuts of his head, succeeding only on the second blow.

Directly after the decapitation, Judith asks for help and light in the darkness. Together with Nutrice, they go back to Betulia and express their relief. She displays the head of Holofernus and watches as the enemy flees. The heavens fought and overcame through a head decapitated at the hands of a woman. She says that she now wishes to again become just a woman and a widow. At the end, she warns the people: you will receive Betulia’s fate if you trust in God, and Holofernus’ fate if you trust in deceit. Trust in the heavens, but fear them as well.

slideshow
No current calendar dates found for this production. 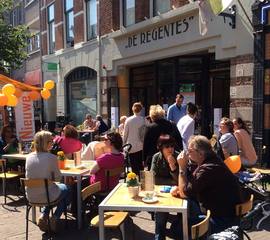