Press full of praise for L'ORFEO with REISOPERA 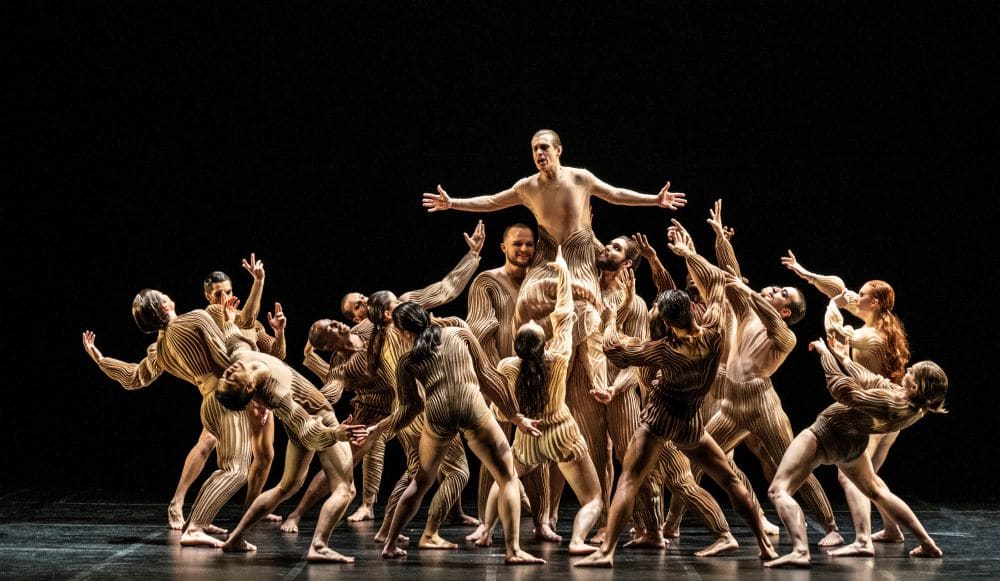 Last week L'Orfeo, the opera we produced together with the Nederlandse Reisopera, Studio Drift and Nanine Linning, premiered in the Wilmink Theater in Enschede. Response from the audience and the media surpassed all our expectations. Daily newspaper Trouw headlined: "L’Orfeo’ by the Nederlandse Reisopera is stunning in every respect." Thea Derks ended her article on Cultureel Persbureau in the best way we could wish for: "this splendid performance calls for international touring. Go see it, go hear it!"

However, Claudio Monteverdi's opera is successful particularly because of the concerted action of music, singing, dancing, setting and direction. Kester Freriks published on Theaterkrant: "Directed by Monique Wagemakers, Claudio Monteverdi’s opera from 1607 is a ‘total work of art’: the fluid Ego combined with dynamic group ballets by Nanine Linning and especially the magnificent accompaniment by ensemble La Sfera Armoniosa, which uses authentic instruments and is led by conductor Hernán Schvartzman."

L'Orfeo will be performed ten times throughout the Netherlands. See the calendar.